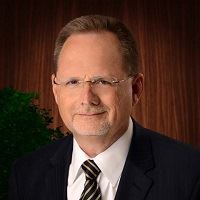 Bryan Bradford served Garland as City Manager beginning May 1, 2015. He became City Manager Emeritus on Jan. 17 and will serve in that role until his retirement on May 1.

Prior to public service, Bryan had a successful career in the private sector as the Vice President of the Lindee Corporation and later as the Managing Partner of UNITS.

At Lindee, a holding company, Bryan was involved in a variety of business sectors including manufacturing, oil and gas, agriculture, retail, equity investing and portfolio management.

As the Managing Partner of UNITS, Bryan was responsible for developing and managing a successful franchise of retail clothing stores.

After selling UNITS to JC Penney’s in 1991, Bryan chose a career path that better fit his desires to make a positive difference in the lives of others and the community. This led to his enrollment at Texas Tech University and completion of a Master’s degree in Public Administration in 1993. His previous education included a Bachelor’s degree in Business Administration from Abilene Christian University in 1982.

Bryan is married to Teria Bradford and they have two daughters, Shawntee’ and Haleigh. Bryan and his wife are active in several children’s charities including Dillon International Adoption Agency and Boles Children’s Home. In his leisure time, Bryan enjoys sailing with his family and is an avid reader.